The Affliction of Lust

An addict unaware of addiction, inhabits an internal universe, an obsessionscape, that represents the subconscious way he has adapted or responded to being psychologically wounded in the past.  In 2001, it was reported that 70% of 200 addicts studied were survivors of childhood trauma and or abuse.

Outwardly, an addict appears to share the same familiar world with others, but inwardly a contrasted version of the person exists afflicted with secret unfreedom. In an addict, the outward image of the person does not match the hidden reality.

If freedom is a direction always oriented forward or upward, toward a horizon of clarity and health, love and giving, addiction moves in the opposite direction, as if backward or downward, self-fixated, self-consuming, while still futilely thinking  to find somehow the very same destination of well-being and fullness of life. Humans are hungry to be able to love and be loved, which requires not another body, but a person.

The return to being high itself is a gamble to re-attain a "paradise". This regressing motion, repeatedly retreating into the past in search of regaining or surpassing the first high ever experienced with their idol, is an extremely painful futility.    Instead of being lead calmly through a sheepgate into tranquility, an addict 'acting out' steals over the wall, "storming heaven" with impatience and unconscious urgency.

Deep down we are created to receive and experience what is transcendent and infinite. But physiological and psychological ecstasies, desperate and irrational short cuts, burn up and destroy like fire.   Intoxication of the flesh, like war violence, never brings peace.

The hidden sun of the human soul has a destination written on it, a sublime and holy end - union with God.

Intoxications of all kinds, are often unknowingly enacted in an attempt to find and resolve a hidden source of intense soul pain that is underneath: unhappiness, imbalance, disordered passions. Or, to fuse with another wounded person, so that he will at least no longer be alone in his intoxications.

The wound can take many forms: unchosen misfortune, deeply imprinted moments of violent suffering, unshakeable memories of trauma, avoidable catastrophes caused by a trusted guardian's absence or negligence; physical, emotional or sexual child abuse enacted by trusted elders and guardians. In all, the traumatic events of the past, including most prominently abuse (unlove, accidental and intentional) in its myriad forms.

In child sexual abuse, the victim child bears an invisible wound that is itself an unprocessed atrocity, from which there is a desperate search for escape. The victim seeks escape in intoxication, and becomes himself a 'drunk', a perpetrator of evil against himself.

The feelings can be a complex mixture of:
grief - from unprocessed trauma and abuse;
anger - that there was no choice in being exposed to toxic environmental conditions, like parents who were absent or themselves addicts or unaware of the wrong they routinely allowed that assisted one's impaired development;
rage - for feeling unspared, unprotected or abandoned, by loved ones or even by God; and
resentment - that others enjoy health of mind, body, soul and life, or that a wronged victim never received the right medicine to bind up wounds, undo the pain of the past and resume normal development and healthy growth. 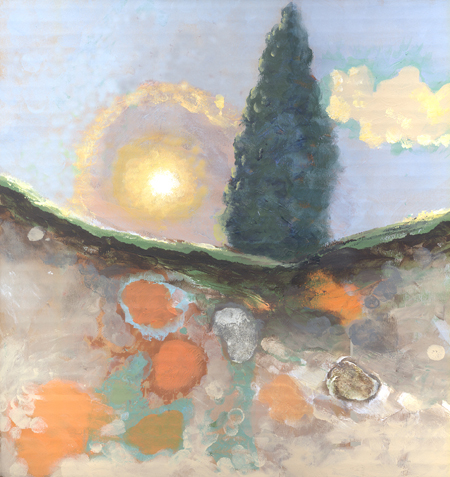 In therapy and support group recovery, the light of grace shines safely upon carefully hidden wounds where the clarity of true lifestory shows what may have been personal fault and much that may not have been one's fault at all. One must stop the unreality of drunkeness long enough to allow healing light to come in and reveal the truth of real wounds inside.

Finding this light of the truth, and through it, the grace to heal, is the cental work of overcoming addiction.

Men strive to do everything possible to get free of what feels odd,guilty, unhealthy or caused secrecy, despair, shame, confusion, mental illness. The irony is how vague all this is sometimes experienced. Long hidden wounds and compensating addictions can be fearfully denied. It can be very difficult to admit one is broken, especially from a trauma or violation one could neither prevent nor ever granted permission.

Humans do not have the engineering powers to fix the complexity and the long-time of 'what got broken'. Our hands and powers are too small. Human life is too big, too long.  We need the intervention of the only One Who can repair things, the Maker, the Creator Himself. We only pray for a capacity to surrender to the supreme power of God's healing love.

The clinical and nonclinical communities of recovery have both learned, from generations stretching back to the early 19th century, that freedom from addiction does not occur in isolation nor without spiritual awakening or awareness of the God of remedy.

Through the Mother Church of Christianity, the universal or "catholic" Church, Jesus Christ brings transformation, out of destructive sin into peace of soul.

Realizing this, the meaning of Savior becomes brightly obvious.

The Soul Cry of Art

Art does not lie and art made by those awakening to the painful fact of addiction, cannot fail to be a therapeutic and purgative cry, even if unaware that it is such at the time of creation.

Spontaneous art has a special purpose to serve; it gives an otherwise enslaved person something to do with hands and mind instead of acting out in addiction, getting drunk in the unreal - obsession and fantasy.

Therapeutic art "reaches out", but not to public galleries as an act of traditional craftsmanship, though some artists can cry out through the intensities of 'creativity'. Art can effect personal release, a merciful encounter between unhealed person and The Great Physician, held in a unique space of personal revelation and often recognizable by others who have similarly suffered.

“We use a mirror to see our face and the arts to see our soul.”
- George Bernard Shaw