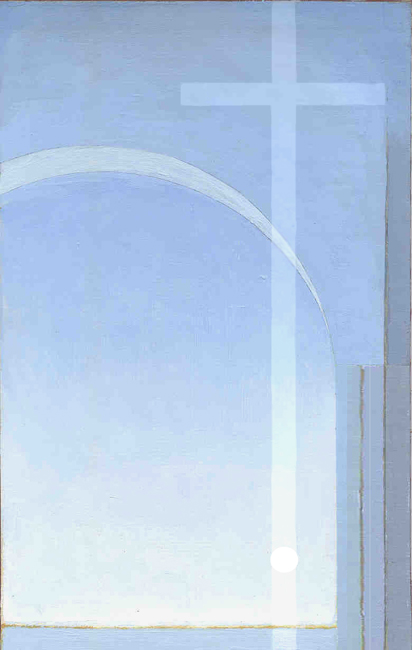 The God of remedy

The Catholic Church has received by revelation the most comprehensive explanation of the human person ever gathered on earth. The Church is a witness to the reality and perfection of man as a humble creature, who like all nature can be obedient to Creator, and Creation. Sin is the extracurricular mess that results when men think they can divert to their own self-constructed path. The Creator's path of life, like His holy will, is for each person to live in highest good. This is what our Savior called Abundant Life, which innately possesses the most profound and 'organic': unity, meaning, purpose, and luminous beauty possible for a human being. The Church calls this radiant human inheritance: holiness, the child of obedience.

The center of this revelation is the appearance on earth of the God-man Jesus Christ, who has revealed humanity to itself, through the mystery of God allowing Himself to become one of His own creatures.

Man is a creature endowed with an immortal soul. A human is not merely a physical body. All humans are embedded amidst the unseen reality which the Church calls super-natural.  Humans today in industrialized countries have often become highly materialistic and exclusively natural, meaning, admitting only to what is "solid", sensible, measurable. In an over-rationalized, objectified world, anything invisible or intangible is minimized or disregarded.

Jesus was real and is real. History has left us more than abundant proof that Jesus lived and died and rose as a man on earth. To have not been there, but believe, is faith.

It is this simple. We say yes or no to the Son of God who came and redeemed man. One doesn't have to be a doctor or a lawyer or man of letters or intellect. It is always simple for everyone. Jesus is real, if we agree He is. And if we know He is real, then we are ready to receive the greatest gift of all gifts, the gift of God, which is Himself, Who is the grace to become super-natural, deathless, not to mention saved from the destruction of addiction.

The moment of the beginning of this new world, where the kingdom and reality of God become palpable and knowable to a human being is called Christian baptism. When one is baptized, the invisible realm of God, a realm of light and purity, perennial knowledge and wisdom, goodness and love, mercy and compassion, kindness and providence, become discernible and accessible. Baptism grants unlimited admission into endless fields of grace, which are not bound by material anything.

From the foot of this small moment of water and consecrated words flows the inexhaustible riches of the Almighty and One God, Who will reveal everything to anyone who wants it and by which will make seem laughably puny all else that has ever been articulated elsewhere on earth. The "known" universe is larger than all human categories of understanding, and yet that same vast universe is a marble in God's pocket. This is an inkling of The Kingdom.

The modern materialistic world has lost its way, it has lost touch with the immovable, perennial and beneficent Unseen. But Jesus Christ, the Son of the Most High, experienced death and has been raised from death, proving that reality is not all as it appears. Jesus is alive right now and rules from the Throne of Immortality.

In the universal or Mother Church, Christ has opened a door into the eternal, the immutable, the unchanging. The door hinges on faith and belief. The Church is a place of contact where the believer who has been called can receive the most astonishing contact with God possible through that one door: the sacraments of the resurrected immortal Christ.

Sin is the condition of behaving in disorder or impurity, outside or away from the embrace of God Who is Purity and Order. Sin, or moral disorder, can become so ingrained that there is no longer a choice about enacting the wrong. This is called addiction, which is slavery, unfreedom, a possessing demon.

The Church ministers to the addict in numerous, marvelous ways. Here is a list of the core of these healing ways.

This list is an enhanced version of one published by the Legion of St Michael, who have created and operated the longest running lust addiction Internet resource and fellowship site on the Internet (1994).

The 20 ways in Christ